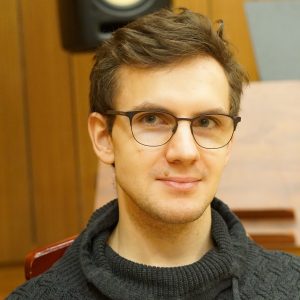 Marek Głuszczak graduated of the Gdynia Film School, the South Baltic Academy of Independent Theatre, as well as the Film Kindergarten and the Radio Directing Course at the Wajda School. Apart from directing, he creates voice recordings. He is interested in cultural anthropology. In his creative work, he looks for stories that are not only touching but also entertaining. He dreams of creating a crazy comic book adaptation in the style of Edgar Wright’s Scott Pilgrim vs. the World.

Monika Meleń is a director, editor and presenter. She has authored a few hundred reportage pieces presented to a nationwide audience. In 2017 her documentary debut By Stanley For Stanley qualified for the International Public Media Conference Input 2016. That documentary brought her a number of awards including Maciej Szumowski Award, the Hollywood Eagle Award, the Toronto Polish Film Festival Ekran Award and the main prize of the International Niepokalanów Catholic Film Festival 2018.